In an entirely spontaneous whim, I decided that I want to upload some old recorded materials of mine from the past. When I was in high school, and a little bit later, I had the great honor to have a band that played my own materials. One of the names of this group was ‘Karbaney ha mada’ which I can try to translate to English as The Science Coollerstandables. These were very talented musicians at a very young age they ventured with their musical abilities. I’m talking about Nadav Kats (who played on the bass, guitars and also done the audio mix on a 4-track cassette recorder!) and Sh’lomee Lavee (drums). Later Ory Gabay came to play on bass. 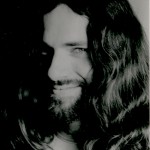 We played for hours each time in a space we’ve been given to in a factory in Haifa bay area. You can even hear it – the recordings been made live to the tracks, and I think some of them been recorded directly to a ¼” stereo reel to reel recorder and only later we added more tracks on Nadav’s 4-track machine. Anyway, these recordings are remarkably improvised, without any real professional equipment and without any digital based editing. I’m so excited to hear those recordings each time, what kind of boldness and dedication. Soon I’ll upload some more nostalgic pieces. Meanwhile, you’re welcome to click on this link:

‘Shir Teesh’rey’ is one of my favorite Israeli songs, and this was our instrumental version of it.
Colossal enjoyment for everybody! This is me in 2002 in the pic…